Packaging that looks at you 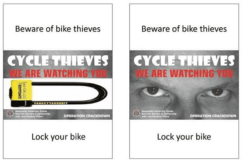 Whether it’s take-away cups, empty plastic, ready meal containers, chewing gum paper or chocolate wrappers, a lot of packaging of on-the-go snacks ends up littering our environment instead of being placed in the bin. A study was conducted in the UK recently, investigating how consumer behaviour might be impacted by watching eyes on packaging or posters. The result: The proportion of litter bugs among consumers dropped by just over two thirds.

The experiment was conducted by Newcastle University (UK) recently. In this project two advertising leaflets were printed. The one showed an obscured face while the other one had two watching eyes staring at the beholder. The feeling of being watched deterred the respondents from dropping litter, so that only just under five per cent carelessly dropped the leaflets, while the leaflets with the barely recognisable face were dropped on the ground by over 15 per cent.

The outcome confirms earlier studies conducted by expert at the Centre for Behaviour and Evolution. In a previous study, which took two years in all, the researchers looked at bicycle theft rates and the way they were impacted by posters with clear messages and watching eyes. It was found that whenever the posters were placed around bicycle parking areas, the theft rate fell by 62 per cent during the period under review. On the other hand, this rate went up 63 per cent in parking areas which had been left unchanged, showing that criminal behaviour was merely shifted to different locations, but not prevented.

The study was based on the theory of “nudge psychology” which suggests that people’s behaviour is impacted not so much by straightforward prohibitions but by more subtle factors. This was also confirmed by the Environmental Sciences Department at ETH Zurich, after it had conducted various studies at swimming pools, at football stadiums and in other public spaces. Again and again, it was found that people have a lower psychological barrier to dropping litter when they feel watched. So socially acceptable behaviour is influenced more prominently by images than by straightforward prohibitions – a phenomenon which, according to psychologists, is because people often resent being told what to do. The same is true for socially disadvantaged groups, such as illiterate people or speakers of other languages. They, too, can be reached much better through images than through written warnings. But researchers now want to go further than this study. In the near future they want to look at the way consumers are influenced by fast food packaging with printed images and whether the size of the eyes on the packaging might have any impact. 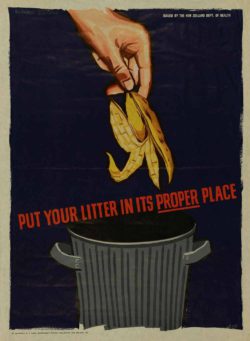 Asking people directly to use bins is less efficient than a more subtle approach, using, for instance, a pair of penetrating eyes. When consumers feel they are being told what do, they often rebel.
Health Poster 'Put your litter in its proper place' from Archives New Zealand, Flickr.com

Over 60 per cent of all respondents in the UK admitted that they drop litter from time to time. But although the UK is in the lead among the world’s litter bugs, other countries have no reason to be proud. In the United States an average of about 250 million tons of waste is dropped as litter, rather than being binned, and in Germany and Singapore the only way to reduce litter was through legislation. In Germany every house owner is under a legal duty to look after the pavement and road outside their own property, keeping it free from both snow and waste. Singapore even goes a step further and imposes community service for litter dropping offences. 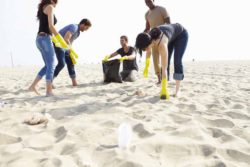 4,000 candles, 236 toothbrushes and 117 mattresses: these are the items found on Pacific Coast beaches during clean-up operations. Group of Volunteers Tidying Up Rubbish on Beach © Monkey Business, fotolia.com

Littering impacts not only the environment but also government coffers. When we include the resulting water pollution, the decline in property prices and spendings on litter-related health issues, conservative estimates for the UK have shown that financial losses are approximately £300 billion.

Sign up for our monthly newsletter to get newest information about the packaging sector: 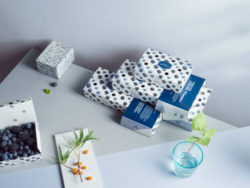 Consumers today want to enjoy delicacies on the go; at the same time, they are looking for a more eco-friendly experience. Photo: Metsä Board 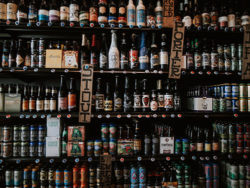 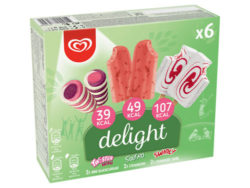 Our ice cream packaging for 2020