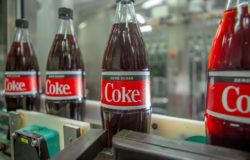 In March 2019, the Austrians celebrated the 90th anniversary of the very first bottling of Coca-Cola’s popular soft drink with a special edition 0.33 litre glass bottle with a distinctly vintage style. Now, the motto in Germany is “Think big”, with the introduction of a vintage-style and reusable 1 litre glass Coca-Cola bottle for the Coca-Cola and Coca-Cola Zero Sugar varieties.

On 8 April 1929, the first bottle of Coca-Cola was produced in Germany. However, today’s special edition has quite a different volume. Back then, only 0.2 litres of the sugary drink were bottled. And the packaging’s design has also changed: the lettering on the modern labels has been shortened. Instead of Coca-Cola, today the labels just say “Coke”.

However, bottling in 1929 is not the only thing the Coca-Cola Company is looking back on this year. It has now been exactly three years since the US television show “Stranger Things” premièred on Netflix. The launch of the popular mystery show’s third season coincided with the American national holiday on 4 July 2019. The show is set in the small town of Hawkins in 1985—and one of its themes is the history of “New Coke”. This is the unofficial name of the original beverage’s successor, which was brought to market 34 years ago. However, as New Coke did not achieve the expected success, it was taken off the market again after just a few weeks.

Now, the soft drink manufacturer and the streaming service have joined forces to celebrate the 1980s. And to do so, Coca-Cola threw a party in Spitalfields, UK, on 11 July 2019. Here, fans could play their hearts out on arcade games as seen on the show and purchase one of the 800 limited edition Coca-Cola x Stranger Things Upside Down beverage cans. In addition, other special editions of the New Coke and Stranger Things bottle assortment can be purchased online at the Cokestore. 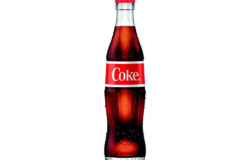 As part of the German anniversary, the Coca-Cola Light version has been given a completely new brand identity as Coca-Cola light taste—with two new flavours: Ginger Lime and Exotic Mango. In summer 2017, Australia already introduced Coca-Cola Raspberry, a limited edition with a lot of raspberry and 25 percent less sugar than usual. In addition, the beverage manufacturer meets the trending demand for regional products by releasing various different flavours. Since as early as 1955, for example, the company has been producing Sparletta, a refreshing drink that is particularly popular in numerous African countries—and that is tailored to the tastes of the respective local residents. At the beginning of 2018, the Georgia Peach and California Raspberry flavours hit the shelves in the USA.

The reintroduction of glass bottles

The reintroduction of glass bottles is the answer to the consumer trend towards glass as opposed to plastic. Back in 1994, the Coca-Cola Company replaced their glass bottles with PET plastic ones. Now, this process is partially being reversed. In future, the 1 litre glass Coca-Cola and Coca-Cola Zero Sugar bottles will be part of the standard assortment in retail. However, glass bottles will not be introduced globally. 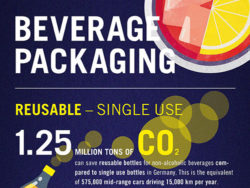 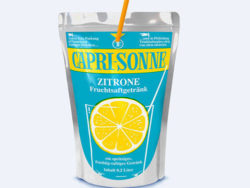